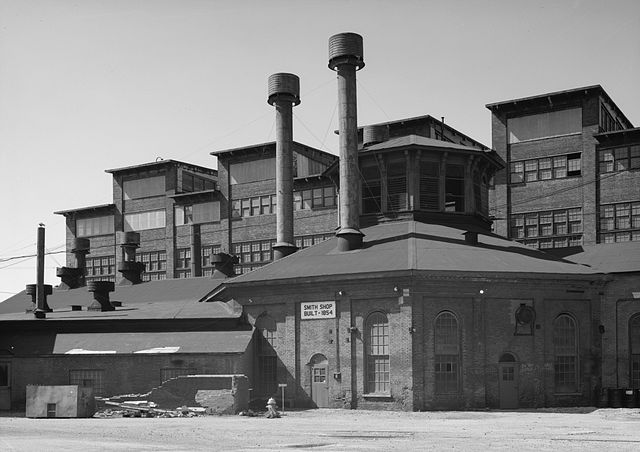 The vacant Johnstown mills
aren’t sagging dinosaurs,
nor relics of the past;
can’t you see them?
They are bracing athletes –
sprinters kneeling in starting blocks,
waiting for the shot
to light their roaring furnaces
again for a grateful nation.

And while a city waits, we poets
focus on the tender details –
a stone wall leaning inward,
heat lightning in the distance,
the way a dripping ceiling
seems to drum the beginning
of an American anthem.

There is nothing melancholy
in the stillness of a mill,
only anticipation and pride –
call it Johnstown hope,
resilient, silent, and heavy,
always ready
always ready. 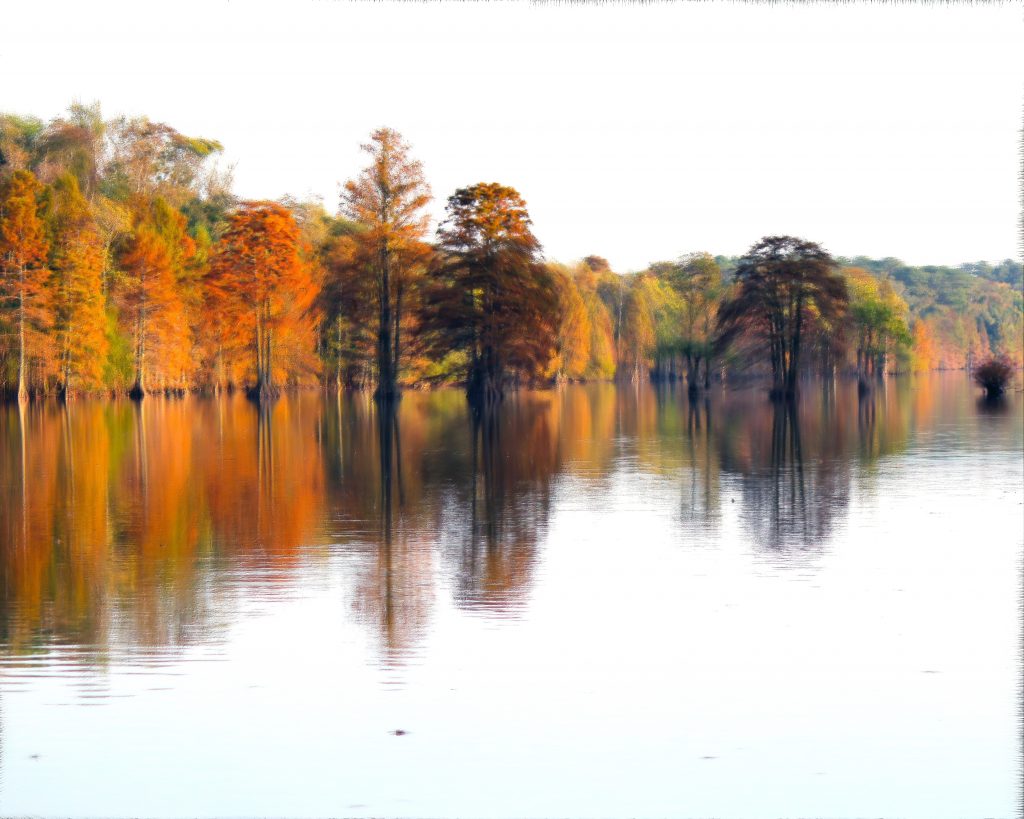 Working With Your Editor

Most established writers are accustomed to working with editors. Along the way, the conventions of editorial communication are learned and become part of the routine. But what about new writers? What are the accepted practices? What’s the best way to communicate with your editor?

Fortunately, editorial communication is generally easy. There is no “wrong way” to speak with your editor, so long as you are honest and respectful. Editors are accustomed to communicating with writers and artists of all kinds. It may come as a surprise, but writers are generally insane. Obviously, I’m joking (mostly). More accurately, writers have an abundance of personality, running the gambit from the deeply introverted to outlandishly garish—always interesting and generally wonderful to know and work with. With this in mind, know that your editor lives in a world surrounded by delightful people. Don’t be afraid to be yourself.

Be sure you understand the role of your editor. An editor is not merely a proofreader, though a good editor will surely correct errors along the way. Many new writers, even those who have a few works published in journals, have very little experience working with a decent editor. Many journals don’t employ a professional editor—they may have someone who uses the title, editor, but is more accurately a proofreader. An editor serves a different role—making cuts, corrections, asking for rewrites, changing form and punctuation, rearranging scenes, even correcting lines (gasp). These strange and wonderful creatures actually put their hands on your work!

It can be an emotional thing, when an editor takes your story or poem, something you cherish and feel a deep attachment to—like an angelic child smiling up from your very own hand-hewn crib—and begins to chop it up like some kind of monster! How can writers abide such an ordeal? You can survive by keeping a few things in perspective.

As a writer whose work has made it as far as the editorial process, you have created something worthwhile. A humble writer understands that as a single individual, not every impulse one acts upon will lead to the best experience for the reader—such thinking is arrogant and detrimental. The editor’s job is to help offset perspective-bias in the process, and ensure that the reader’s experience is enhanced, if possible. Sometimes this means the editor won’t ask for edits, but this is a rare circumstance.

When your editor asks for rewrites, or sends edits for you to approve, the best course of action is to be open-minded. An editor rarely provides a bulleted list of the edits she made. Doing so invites a skewed perspective during the consideration process. A seasoned editor will provide a fresh document and ask the writer to give it a fresh read, with the edits (when possible). This workflow helps offset the damage done by writers who can’t resist the urge to look at the original submission and compare the editorial changes—weighing the editor’s decisions carefully against the original work—as though every change were a violation. Such a writer seeks to carefully consider the weight of each edit, down to the minutia in some cases, as though the editor ought to defend the requested edits. This is not productive, particularly in poetry or short stories. Although, large edits that may take weeks of manuscript work, rewriting scenes, changing the story, adding or removing characters, etc., generally warrant a discussion with your editor, if for no other reason than that of absolute clarity. Good editors value the writer’s time as much as any professional ought to respect the time of everyone in the process. I tend to call writers on the phone for these kinds of larger changes, and then summarize the discussion in an email asking for changes. Every editor is different.

For most short stories, poems, etc., I urge writers to resist the urge to refer back to the original text, except to refresh your memory about the work, and only after you consider the edited version. First, read and consider the edited version—try to imagine yourself as the reader. Sit with the editorial changes for a short while before making a determination. Get comfortable with the request. Read the edited poem or story again. If you feel the work reads well, accept the edits. If you feel the work is diminished by the edits, defend your work. If you can’t decide if you like the edits better than the original, or you can’t easily discern where the edits were made without checking the original, then accept the edits. This all seems very obvious.

The point is, by referring to the original text in an effort to push back against the editing process, writers tend to diminish the work. This is because editors are generally right. I can’t tell you how many times writers have pushed back, only to return with regrets. Editors do make occasional mistakes, but good editors are paid very well to enhance the work. If you feel strongly that the editorial changes diminish the work, contact the editor and have that conversation.

When voicing a concern, or requesting a change, be specific and defend your work as a professional writer would. I can’t tell you how often I receive an email like this: “In the poem called Latter Days, phlegm should be sputum.” (Insert an editorial grimace here.) Please, be specific, honoring the process and your editor’s time. Note your concern more like this: “On page 12, second stanza, line 5 – “phlegm” should be “sputum” because I have noticed that the word “phlegm” has been used three times in the poem. That kind or repetition seems to call too much attention to the word, and I worry the reader may focus on it, and that’s not at all what I hope to achieve regarding the language in this poem.”

Notice how the writer has left no room for the editor to mistake where in the poem she would like the change. Moreover, by the writer adding specifics, the editor gains an understanding as to why the poet wants the change. This insight provides a solid understanding from which the editor can proceed—either by making the change or discussing the actual concern with the writer. If your editor does not understand why you want a change, even small changes become difficult and can cause delays that cost everyone time (and the publisher’s money). Be professional and specific. Remember, you are seeking professional publication, and to achieve that goal, you will be communicating with a highly-skilled professional editor. Communicate like a professional.

I recently had the strange and (in hindsight) laughable experience of rejecting a story after its initial acceptance because the fledgling writer rejected edits, insisting on profanity at a point in the story where it diminished the work. Keep in mind that the journal I was editing is a family-friendly publication. That was probably reason enough to gently tap down the language. Even so, it wasn’t my sole reason for the edit. As the editor, I felt that readers would be less likely to recognize a fundamental change occurring in a character (something hard to accomplish in a short story where every sentence is meaningful) due to the profanity. The writer pushed back while expressing a concern that I was “beholden to a Christian constituency”. Really? Is that where we are now? It felt strange to have a writer push back while injecting some latent agenda that had nothing to do with the story. This is not a good way to defend your work or win favor with your editor. When communicating with your editor, don’t make it personal, political, racial, sexist, or whatever. Don’t call into question whether your editor is editing your work for reasons that have nothing to do with the quality of the work and everything to do with her fascist allegiances to Munchkinland. Keep your rhetoric to your Facebook page. Remember, your editor is concerned with the readers of the journal or publisher you sent your work to. Keep editorial conversations professional—about the characters, storyline, and relevant elements of your work.

For editors, it’s all about the project—supporting the writer’s interests while simultaneously enhancing quality and ultimately presenting work to readers. For everyone involved, this usually means compromise and a fair amount of thoughtful listening to each other. A decent editor is always listening carefully, and she knows when to toss out a story, even one that money has been invested in. Sometimes a story is rejected because of poor quality, and occasionally because of the demeanor of the writer. We have to work together toward a common goal, and when communication breaks down, so too does the project.

It really doesn’t matter if you are the editor or the writer, the standard of professionalism is the same. Be accurate, thoughtful, humble, and respectful. Keep the communication open and explain yourself using detailed and thoughtful language (you are a writer after all). Editors are just people. By the time your work reaches the editor, everyone is taking you very seriously. You have nothing to prove. The goal becomes a mutual endeavor, to produce the best work for the reader. Remember, the editor is on your team. Think of communication with your editor as a process you are involved in. Sometimes you have to give a little. That’s how it is with nearly every team project. Editors care about the work, and by extension, they care about you. Try to preserve that mutual feeling of goodwill and stay humble. Soon, communicating with your editor will feel like working with family. A good editor will generally honor your wishes if you would simply make yourself understood in a humble manner, with a clear and thoughtful reason for what you asked for.

He was 3 years old when I unloaded,
Flailing my arms like a cinema cliché,
Spanking and reciting…

It happened all at once – I became like my mother,
as though I were programmed to rerun,
And after… he looked at me like I was a stranger.

That night he flinched when I tucked him in.

For the price of a broken VCR,
I taught him to fear me –
to trust me less than the dog.